Is a modern country house situated in a middle of nature, surrounded by lakes, vegetation, rivers, animals and thousands of birds. which features rooms with private baths, a huge living room with sofas and a stove with natural logs, bar drinks and a big barbecue to enjoy the typical Criollo BBQ.


Breakfast, lunch, snack and dinners... Eating is a very important detail in our main lodge, every detail is focused on the pleasures of taste. Drinks are specially selected local brands improvements.

AWS Lodge consists of 8 luxurious single bedrooms with king-size beds and orthopedic mattresses, bathrooms with marble counter tops, heating and air conditioning with precisely controllable temperature, and spectacular ethnic art on the walls. There is a state-of-the-art sound system that pipes music into the rooms. How would you like to be awakened by the sound of Luciano Pavarotti singing “O Sole Mio”? Now that is a great way to start off your day.

There is a flagstone deck area where shooters can lounge and tell lies about the great shooting they did on the morning hunt under big parasols to keep the sun off of them and a fire pit where they can convene in the evening and tell more lies. There is a gun room and a mud room.

Last but certainly not least is the bar/television lounge where shooters relax in front of a roaring fireplace on big, overstuffed, leather sofas and chairs and watch programs from all over the world brought in by satellite dish. They quaff libations masterfully concocted by lodge manager/bartender/ host extraordinaire Gaston.

Gaston is a factotum. Whatever you need done, he is more than adequate to the task. He can make you a martini that is shaken, not stirred. He can make you a café macchiato or cappuccino that is as good as you will get in Florence or Rome. He can make vichyssoise that is as good as any to issue from the pantries of Paris, and he can build a fire in a minute. He is a computer expert. He can grill meats on an asado that are as good as anything you will get in the best restaurants in Buenos Aires. In other words, inside the lodge Gaston is the guy who makes things happen a very important man to the overall success of AWS Lodge.

All of the amenities and comforts and infrastructure I enjoyed at Argentina Wingshooting cost a lot of money to put in place. That is what separates this operation from most other bird shooting programs in Argentina. For the most part, many other lodges/outfitters are undercapitalized, with old, worn-out vehicles, shotguns, guns, decoys, etc. They typically accommodate their shooting guests in old, uncomfortable estancia homes that might date back to the early 20th century, where shooters sleep on hard, narrow beds that are just as old and where there is no central heating. Many have dogs that are poorly trained. They have second-rate shooting areas and do not spend enough money on baiting. In many cases, the so-called guides are inexperienced and incompetent. Their wines are the cheapest that can be bought at the local supermarket. I know. I’ve been there, done that, in Argentina on dozens of hunts over many, many decades

AWS Lodge has it all!


Outstanding duck and dove shooting, superb hunting for perdiz over elegant, staunch pointing dogs, and great decoyed pigeon gunning. Add to this sumptuous accommodations, gourmet-quality food, and wines that would satisfy the most fastidious oenophile.

What’s more, it’s all just a two-hour drive on excellent highways from the hotels of Buenos Aires. 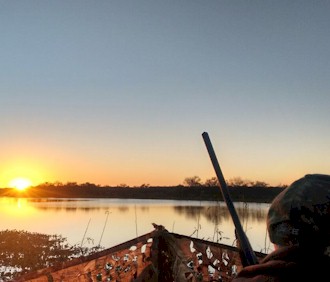 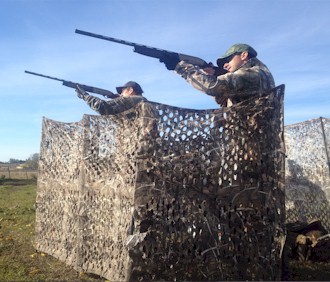 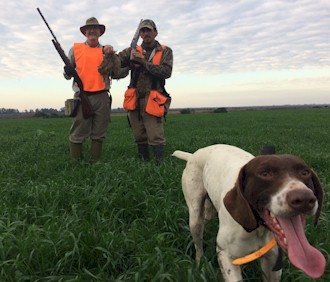 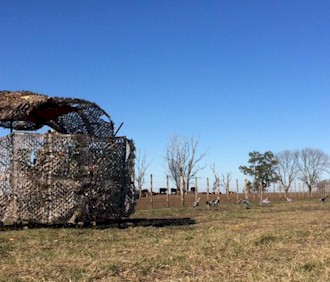